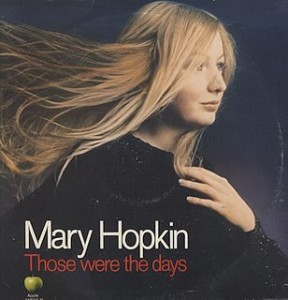 1954, Elvis Presley released his second single on Sun Records, “Good Rockin’ Tonight” a song made popular in 1948 by Wynonie Harris.

1964, The Temptations begin recording “My Girl” which went on to be their first number one and the first of fifteen Top Ten hits.

1965, “Eve of Destruction” by Barry McGuire topped the charts and stayed there for a week.

1967, The Beatles record “Fool On The Hill” in London at Abbey Road Studios.

1968, Welsh singer Mary Hopkin was at No.1 on the UK singles chart with “Those Were The Days.”  Hopkin had signed to The Beatles’ Apple label after appearing on the UK television talent show Opportunity Knocks.

Born On This Day –

Died On This Day –

Something You Didn’t Know –

In 1967 the BBC banned The Beatles “I Am The Walrus” from any airplay on radio and TV, convinced the song contained a drug reference somewhere in the lyric. Wow, ya think?