The debate over whether or not the federal and/or state governments should mandate affordable access to medical care for all Americans has raged for at least 75 years. As a larger and larger segment of the population finds itself in the “have not” column when it comes to healthcare access, this debate is more critical than ever in our history. Passions erupt into angry exchanges on both sides of the argument. Accurate information sometimes gets little notice, while misinformation and deliberate lies gain traction simply because they get intense exposure.

All the heat and light encircling the debate make it difficult, even for an astute observer, to separate the reasonable from hyperbole, the right from the wrong. and the truth from the lies. But one thing has never been more true. If we don’t get it right this time, the consequences will be damaging for a long time to come. 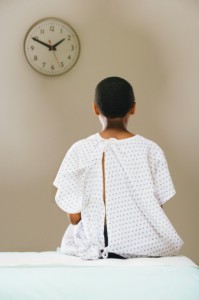 Who Are The Uninsured?

Many on the political right are fond of pointing out that only a small portion of the uninsured in this country are legal residents of the United States; that, of the nearly 50 million people without health insurance, only about 17 million are U.S. citizens. Like many things the right is fond of pointing out, this is simply untrue. According to a study released in October 2008 by the Henry J. Kaiser Family Foundation, a large majority of the uninsured (79%) are native or naturalized U.S. citizens.

Also, about two-thirds of the uninsured are poor or near poor. These individuals are less likely to be offered employer-sponsored coverage or to be able to afford to purchase their own coverage. Those who are poor (below 100% of the poverty level) are about twice as likely to be uninsured as the entire nonelderly population (35% vs.17%). Were it not for the Medicaid program, many more of the poor would be uninsured. The near-poor (those with incomes between 100% and 199% of the poverty level) also run a high risk of being uninsured (29%), in part, because they are less likely to be eligible for Medicaid. Only 10% of the uninsured are from families at or above 400% of poverty.

Most importantly, the uninsured are people you know, maybe even love. They are the people you work with. The people you socialize with. They are your neighbors, and your friends, and your family. And if something isn’t done soon to address the problem, one of them could someday face the reality that their life cannot be saved because they don’t have the resources to afford healthcare.

The public option has been called a lot of things; a government takeover of healthcare, socialized medicine, an intrusion into our doctor-patient relationships, and a safety net to assure that no American has to go bankrupt or die just because he or she doesn’t have health insurance. Opponents of reform like to cite polls that indicate Americans do not want a public option included in any eventual healthcare bill. If you listen carefully when they cite these studies, their source is almost always the Lewin Group, a consulting firm in Falls Church, Virginia. With the political battle over healthcare reform being waged largely with numbers, few number-crunchers have shaped the debate as much as the Lewin Group.

Most of their studies appear to point to certain doom for America if any form of public option is included in the reform bill. According to Senator Orrin Hatch of Utah, the second-ranking Republican on the Finance Committee, the Lewin Group is “well known as one of the most nonpartisan groups in the country.” Generally left unsaid amid all the citations is that the Lewin Group is wholly owned by UnitedHealth Group, one of the nation’s largest insurers. Does the term “conflict of interest” seem appropriate here?

More specifically, the Lewin Group is part of Ingenix, a UnitedHealth subsidiary that was accused by the New York attorney general and the American Medical Association, of helping insurers shift medical expenses to consumers by distributing skewed data. Ingenix supplied its parent company and other insurers with data that allegedly understated the “usual and customary” doctor fees that insurers use to determine how much they will reimburse consumers for out-of-network care. In January, UnitedHealth agreed to a $50 million settlement with the New York attorney general and a $350 million settlement with the AMA, covering conduct going back as far as 1994.

The Lewin Group, and other partisan “think tank” studies aside, when mainstream nonpartisan polling organizations ask the question, without using loaded phrases like “government takeover” and they include an accurate explanation of what it is, the American people strongly favor a public option by a 61% to 34% margin. Almost two to one. And they trust the president over the GOP by 47% to 31% to properly deal with healthcare reform.

A Question of Morality

By law, we have stacked the deck against the American healthcare consumer. Health insurance companies are exempt from antitrust laws, thus allowing insurers to establish near monopolies in most states. In Georgia, two companies – WellPoint and UnitedHealth Group – hold a 69 percent share of the market. The American Medical Association reports that 94 percent of insurance markets in more than 300 metropolitan areas are now highly concentrated. WellPoint runs Blue Cross-Blue Shield plans in 14 states. In Maine, for example, WellPoint controls 78% of the health insurance market. It dominates the market in Missouri, with 68% of the business, as well as in its home state of Indiana (60%), New Hampshire (51%), Kentucky (59%), Connecticut (55%), Virginia (50%), and Ohio (41%).

In addition, we have allowed insurers to “cherry pick” the youngest and healthiest Americans to insure, while rejecting those who are more likely to file a claim. If you are fortunate enough to have employer subsidized health insurance, and happen to suffer from a chronic ailment, if you lose your job or change jobs, qualifying for insurance coverage again can be impossible due to the “preexisting conditions” exclusion. If anything positive comes out of the current healthcare debate, outlawing the preexisting condition exclusion should be a top priority.

The United States is the only modern industrial democracy where the health and welfare of its citizens, and the life and death decisions connected to it, are just another bushel of free market commodities to be bought, sold, granted or denied based on the bottom line profits of a handful of large corporations. Uninsured citizens aside, Americans with health insurance die every day because a decision was reached, in some corporate office, that treating their condition was just too costly. Or, some pretense was used, based on a possible preexisting condition, to deny treatment. If you don’t believe this, read through a few transcripts of congressional hearings on healthcare. You will find it disturbing. Meanwhile, we worry and debate about government intrusion. In this country, in the 21st century, whether or not you live or die should not be contingent on how much money you have. It is immoral, plain and simple.

Providing an alternative, like a government sponsored insurance pool, immediately raises the dreaded ‘s’ word. Socialism. As soon as the word socialism enters the discussion, rational debate disappears. We are so appalled by the prospect that we immediately forget the fact that, in most urban and suburban areas of this country, we long ago agreed to pool our resources, and fund through taxes, socialized police and fire protection, socialized street and bridge maintenance, socialized sewer and garbage removal, water systems, and on and on and on.

Our elderly are protected by a socialized medical and pension plan. Our veterans have access to excellent medical care through a socialized system of hospitals and doctors. By and large, most of these people are satisfied with the service they receive. We are already a hugely socialized democracy, and we haven’t completely collapsed as a society because of it.

If you decide to protect your home with flood insurance, State Farm or Allstate will be happy to sell you a policy. Unless, of course, you live some place that actually stands a reasonable chance of flooding, like the Florida coast or the Ohio River Valley. Then, your only option for flood insurance is the federal government. The free market won’t touch it.

If you live in a fire-prone area, or an earthquake prone part of this country, your only choice for fire or earthquake insurance is often a state run insurance pool. Virtually all states require that automobile drivers carry liability insurance against potential accidents. Most states also have a state run insurance pool for high-risk drivers who are unable to purchase coverage anywhere else. And the last time I checked, State Farm, Allstate, Geico, Progressive and AAA are all doing just fine, precisely because they are protected from writing high-risk coverage.

So, the federal government is happy to be in the flood insurance business because it protects the profits of private insurance companies. Under the guise of protecting competition, they are equally unwilling to intervene in the health insurance business for the same reason; the protection of corporate profits. The health and welfare of the American people is a secondary consideration.

In any case, there is no competition. Most Americans who have health insurance get it through employer subsidized plans, and therefore don’t get to “shop” for coverage. They get what their employer decides it can afford to offer. While health insurance costs are theoretically regulated, health insurers seem able to manipulate rates, deductibles, copayments, restrictions, and exclusions with impunity, unlike their counterparts in the home and auto insurance fields. They also appear able to lower reimbursements to medical facilities and professionals at will. In short, they are a government protected, unrestricted monopoly against which the healthcare consumer stands no chance of prevailing. Only our elected legislators have the power to influence the outcome, and they seem to have been bought and paid for long ago.

What Do We Do?

It’s a good question. It may well be that the outcome has already been written, and that all the current Sturm und Drang is strictly theater. But, on the off chance that right can still prevail, I urge anyone who feels that every American deserves to have access to quality and affordable medical care, regardless of economic station, to find out who your senators are. Find out who your congressman is. Write them. Email them. Fax them. Telephone their offices. Call and email the White House.

Until we know for certain that the issue is resolved, for good or bad, we should not stop trying to make our voices heard.

The Uninsured: A Primer
The National Coalition on Healthcare
The Lewin Group
The Washington Post
The New York Times