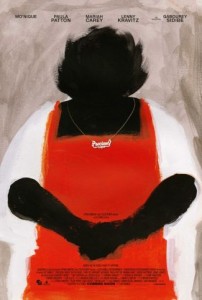 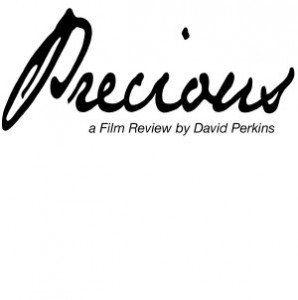 I am almost at a loss for words to describe the film Precious, except in one and two word gasps. It is the most disturbing and emotional film experience I’ve had in recent memory. But it is, ultimately, inspiring as well. Not in a feel-good Rocky kind of way, but in a more sober, realistic, and humbling way. One that makes you glad to know that there are people who can overcome obstacles that you don’t think you could even survive.

Precious is set in 1980s Harlem, and looks at a few months in the lives of a very dysfunctional family. The screenplay, by Geoffrey Fletcher, was based on the novel, PUSH, by Sapphire. It is unnerving, and gut-wrenching, and appalling, and humorous, and sad, and uplifting. Precious gets in your face in the first five minutes, and will not get out of it for the next 100. It will grab you by the hair and drag you to places you do not want to be, and it will not let you shut your eyes. It will pause briefly, from time to time, to let you exhale and laugh, and then it will grab your hair and be off again.

Directed by Lee Daniels, Precious stars Mo’Nique, Paula Patton, Mariah Carey, Lenny Kravitz, Sherri Shepherd, and Gabourey “Gabby” Sidibe. You will be hearing some of these names a lot when “awards season” rolls around, and Mo’Nique is almost certain to win Golden Globe and Oscar nominations, if not the little gold statues themselves. She is a powerhouse of an actress, and this film should make her well-known, at the very least.

The rest of the cast is also outstanding, particularly newcomer Gabourey Sidibe, who plays the title role of Clareece Precious Jones, an overweight, undereducated 16-year-old who is physically and mentally abused by her mother. Almost unrecognizable is Mariah Carey in her role as the social worker who reaches out to Precious. Both of these actresses should also find themselves the focus of much attention at awards time.

If you think you’ll skip it, because Precious sounds like a typical teen-in-trouble made for television movie, or because it sounds too bleak for your entertainment tastes, you should seriously reconsider. This film is what movie theaters are meant for. It’s not one to watch at home on DVD. You need to see it in a place that affords quiet, and darkness, and a couple of moments to gather yourself while the end titles roll. It is a film you will think about, and perhaps talk about, for days or weeks after you see it. It is unrelenting. But it is, at the same time, oddly encouraging, and compassionate, and funny.

Except for some occasionally distracting camera work, I have no complaints about Precious. It’s an outstanding effort by all concerned. You shouldn’t wait until all the awards buzz starts to find a theater where it’s playing. It’s not your typical holiday fare, but it will make you thankful for a lot of things in your life you may not have thought about. Precious is rated R for all kinds of good reasons.

Barbara Bush and I are hardly kindred souls, but when it comes to the movie Precious, we share the same opinion. You should see it! Read her take on the film in this week’s Newsweek magazine.