I may have mentioned, once or twice on this blog, that I’m from Texas. At the time I was growing up, and it probably hasn’t changed much, there were a handful of things that the male of the species was just expected to do if he was gonna be a Texan. He learned to hunt and fish. He didn’t cry, no matter how much it hurt. He played football, no matter how much it hurt. And, eventually, he was expected to become a master of the barbeque. It was even more manly if you could barbeque something you shot and dressed yourself. You know, like venison, or wild boar, or a neighbor’s cow that you accidentally took down while cleaning your rifle. 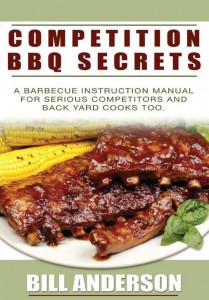 Well, I did a little fishing as a kid, but I really didn’t enjoy it much. Of course, at the time, I wasn’t allowed to drink beer. I might feel differently about it now. I cried at the drop of a hat, no matter how little it hurt. And my dad wasn’t a hunter, so we had no guns in the house. Consequently, I was never taught the manly art of stalking God’s majestic, antlered creatures in a quest to bag my own fresh meat. I’m not real sure I could have done it anyway. Did you see Bambi? Speaking of crying.

And when it came to football, except for a humiliating freshman year as a B-team bench warmer, I wasn’t really an athlete either. Wow. I’m starting to sound kind of pathetic, even to me. But, that left me with only one masculine, red-blooded, outdoorsy activity to salvage my manhood. Barbeque. If I couldn’t do that, it would mean joining a convent and becoming Sister Davida Michelle.

In our backyard we had a 55 gallon oil drum, cut in half longways, and hinged at one edge. Inside it was a steel “grill” that weighed about 120 pounds and had once been a piece of portable aircraft runway. This was a rugged, macho piece of cooking equipment. If I could drive this baby, I knew I would be okay. And over the course of many summers, my dad taught me to grill and barbeque in institutional quantities. We could fit enough half-fryers on that thing to feed forty or fifty people, and frequently did. I eventually got good enough that you could tell a piece of my grilled chicken from a piece of the charcoal beneath it. It was a proud day.

Over the years I’ve taken a fair amount of pride in my skills at the grill and the smoker, and I’ve even created a sauce or two that most people seem to like a lot. One was so good that my sister stole it, renamed it, and pretended that it was hers. But, I digress. The point is, I thought I was pretty good. No. I thought I was very good. Out of curiosity, I’ve purchased a few books on grilling and barbeque, and I’ve been given a few as gifts. I didn’t learn much from any of them, and I certainly wasn’t shopping for another one when I stumbled onto Competition BBQ Secrets by Bill Anderson.

Now this is not a new book. It’s been around for at least three years. The problem is, as fast as I’ve been trying to thumb through the entire internet, I think they may be adding pages faster than I can read them. But, I eventually got to Bill Anderson’s page, and I was intrigued enough by his pitch that I bought something I didn’t think I needed. A freakin’ barbeque book! And, I was wrong. I did need it.

This is the first book I’ve tried that actually made a big difference in what I ended up putting on the table. My ribs have always been good. Now, they’re great. They stay juicy. They’re fall-off-the-bone tender. And the dry rub recipe I used from this book knocked my socks off.

This book was written by the leader of the Chatham Artillery BBQ Team in Savannah, Georgia, and they have a trailer full of trophies to show for their efforts as competitive barbeque masters. Now I have no interest in competing, but the knowledge I’ve gained from this book so far has made a huge difference in the food that comes off my grill and smoker.

It’s only 73 pages, but it is packed with dozens of recipes for rubs and sauces, marinades and brines. It has chapters on cookers, wood choices for smoking, techniques and recipes for ribs, chicken, brisket, turkey, pork butts, etc. It walks you through how to choose the best cuts, how to prepare them, and how to cook them to perfection, including everything you need to know about time, temperature, and fire management. And it’s all illustrated with excellent color photos of each process and each dish. It finishes up with a couple of chapters on competition, in case you’re interested in joining the Pork Butt Circuit.

Being an instant gratification kind of a guy, I opted for the downloadable pdf, but the book is available in a paperback edition as well. Both carry the same $29.95 price tag, and are well worth the cost for what it will add to your skills and knowledge of the art of barbeque. I thought I was pretty good. These guys showed me I could be much better.

Competition BBQ Secrets is available only online and you can use your credit card or PayPal account.