When I was about ten years old, I was having a conversation with my grandfather about all the wondrous places I would visit when I grew up. I talked, in particular, about Australia and told him that I might even move there. Other than kangaroos and koalas, I’m sure I knew nothing about Australia. But, I was gonna live there. 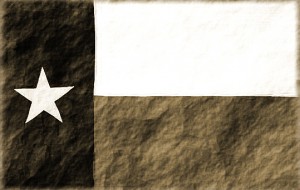 He thought about this for a moment, as he sucked on his pipe. We sat in a wooden park bench type swing that hung by two chains from the ceiling of his front porch. This is where he came every afternoon to smoke his pipe and to heckle passersby on the sidewalk. Finally, after he’d analyzed my announcement over a few draws on the pipe, he said, “Mike,” (back then I was still called Mike) “you’re a Texan.”

“I know.” I said, wondering what this had to do with our discussion. “Well,” he continued, “you’re a Texan and there’s not a goddamn thing you can do about it.” He puffed on the pipe a little more. “Now, you can go to Australia if you want to. And you can even stay there. Live there for the rest of your life. But if you do, and even if you live to be a hundred, when somebody asks you where home is, you’ll still say Texas.” He could see that I didn’t really understand. “Now, I can’t tell you why that’s true,” he said, “only that it is.”

Well, Bampa was right. At first glance, it doesn’t make much sense that he was right. Thirty-four of my sixty years have been spent in California. My personal history has been written mostly outside of Texas. But my tribal history, my ancestral history, going all the way back to 1836, is in Texas. Almost all of the places in this world that I revere are in Texas. When I meet another Texan, in any part of the world, we are instantly kindred. And when asked where I’m from, I still say “Texas.” And so, in that light, my grandfather wasn’t really the whacked-out old coot that I thought he was on that day, fifty years ago.

Texans, in exile or not, take Texas personally. We indulge in unearned glory when a fellow Texan accomplishes something good, or when some great event takes place in Texas. More so, I think, than citizens of other states, and I’m no exception. When we’re dismissed by the uninformed as crackers and rednecks, I hasten to point out that Texas has produced Nobel laureates, presidents, astronauts, renowned writers and thinkers, musicians and composers, scientists and statesmen. And, of course, the multiple Super Bowl winning Dallas Cowboys. I name names. I cite dates. And I point out these things as if they are somehow proof that I’m not a redneck. Insecurity anyone?

Conversely, when some uncommonly abhorrent thing happens in Texas, or is committed by a Texan, we all feel the weight of it. In 1963, when Lee Harvey Oswald assassinated President John F. Kennedy, there was outrage and despair throughout the country and the world. But nowhere was the pain more sharply felt than in Texas. It is a stain on our legacy that will live as long as the heroics at the Alamo.

In 1998, when James Byrd, Jr. was dragged to his death by chains behind a pickup truck in Jasper, Texas, we again found ourselves in the same ugly spotlight. That this could happen at the dawn of the twenty-first century was a shock. That it happened in the United States was a national humiliation. That it had taken place in Texas made my heart ache.

Now, there are a handful of preachers, none from Texas as far as I know, praying for the death of Barack Obama. These are men of God, ordained ministers in the Southern Baptist Convention praying for, and urging their congregations to pray for, The President of the United States to “get brain cancer and die, and go to hell.” These loathsome appeals are being echoed from pockets of the lunatic fringe everywhere, some even from Texas.

I confess that I am not a “person of faith” and I’m certainly no biblical scholar. But I’ve still got a few snippets of vacation bible school floating around on some small island of my brain, and I’m pretty sure this is not the kind of divine intervention Jesus would have led his congregation to pray for. And I have to ask, how is this different from any fatwa, issued by any ayatollah, that calls for a death as retribution for sins against Islam? Why is radical Christianity less scary to us than radical Islam?

Meanwhile, on the steps of the capitol in Austin, several hundred people gathered to assail the president as a socialist, a communist, a nazi and worse, and to demand that Texas secede from the United States. As their justification, they perverted the U.S. Constitution and the Holy Bible into a twisted and unintelligible rationalization that should make Texans and Christians everywhere cringe. While I know it appears that I’m conflating these two issues, I realize they are separate. It does seem, however, that they encompass many, though not all, of the same people.

I guess my question about all of this is; where is the outrage? Why aren’t we disgusted, or at least angry. Remember 2003, when Natalie Maines told a concert audience that she was “embarrassed” by George W. Bush? We were shocked, revolted, and appalled. This was the President of the United States she was talking about, and you just don’t do that! Never mind that an entire cottage industry had sprung up, during the previous presidency, dedicated solely to the hourly bashing of the democratically elected president.

We held rallies. We burned tapes and CDs. We flooded radio stations with phone calls and threatened boycotts. We bombarded the Dixie Chicks with hate mail and death threats. We unleashed the demagogues of right wing talk radio to smite them down, and we would be satisfied with nothing less than the de facto end of their careers. We hadn’t seen so much shit hit the fan since John Lennon compared the Beatles to Christ! And we would not rest easy until we had taken their livelihood away from them. Then, we heaved a collective sigh of relief, and basked in the glow of a job well done. The irony here, of course, is it only took another year or two before most of us were embarrassed by George W. Bush.

So, now that we have members of a mainstream Christian religion praying for the death of the president, and angry mobs threatening violence, if necessary, to gain independence for Texas as a sovereign republic, where is our outrage? The strongest response I’ve seen from the Southern Baptist Convention only says that this kind of thinking is outside the mainstream of their beliefs. That’s really good to know, but it’s hardly a condemnation, and the governor of Texas has embraced the right wing secessionist loons for fear of losing their votes. Where is our anger, or at the very least, our embarrassment?

So, yes, Bampa turned out to be right. I’m a Texan, and there’s not a goddamn thing I can do about it. But I have to tell you, as a Texan, I’m embarrassed.